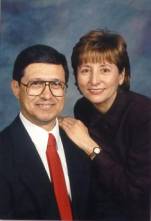 Dr. Frank Trujillo is a man who has dedicated his life to advocating for children and youth and to helping change the world.  Graduating from high school at an early age, he went on to complete his bachelor’s degree at New Mexico State University.  While teaching English and

World Civilization at Gadsden High School in Anthony, New Mexico, he went on to complete a master’s degree and, later, with the help of a Mott Fellowship, he completed a Doctorate in Educational Administration and Supervision.  The latter was accomplished when he was only 26 years old.

He subsequently served five years as a professor at the University of Texas at El Paso.  While at UTEP, Dr. Trujillo taught virtually every course offered by his graduate-level department.   These courses included Organization and Administration of schools, Public School Law and Public School Finance.  He initiated and taught coursework on Community Based Education and served

also as Team Leader for the STEP Program, an innovative teacher preparation program, one of the first in the nation to offer early public school experiences for aspiring teachers.  Among ideas advanced at the time by Dr. Trujillo was student promotion based on academics instead of age and the differentiation of pay and responsibility for teachers based on merit.  At the time, his ideas were the subject of a number of widely read articles.  He was selected to represent the University with regard to the detailing of remedies in the Supreme Court case Lau v. Nichols.

After serving as superintendent of small schools in his home state of New Mexico, Trujillo moved to Sacramento, California, assuming the role of professor of education at California State University-Sacramento.  Here, he taught a variety of classes over the course of several years and supervised hundreds of student teachers in quite a wide variety of secondary-level content areas.

All the while, however, Trujillo revisited his boyhood dream of making an impact as a writer. After all, had he not always written?  In 1987 he conceptualized and produced his first poster—Who Builds The Builders?—and in short order a small business called ProTeach Publications was born.  Frank’s intention was not only to pursue his love of writing but also to eventually change attitudes, to inspire people, and, yes, to try very hard to make a difference.

Very early in his “adventure” with ProTeach, Trujillo was given a glimpse into just how much of an impact his writings were having.   “No one could have been more surprised than I,” he said, “upon learning, one day, that a school leader of a district somewhere in the Midwest had just placed a huge order with my company for something like 1,200 copies of one poster and 800 of another.  And then, later on,” he continued, “that same superintendent credited my piece—the one entitled If Education Was Truly a Priority—with having helped float a much needed school bond issue in his community.  ‘This is incredible,’ I remember thinking, ‘we are going to have an impact…we can help shape the manner in which people think!  By golly, we are going to make a difference!’”

Over a time span of about ten years, Dr. Trujillo has dramatically expanded his writings and posters.  The product line has grown from one poster to well over forty items—posters, bumper stickers, cards.  His posters have been a source of encouragement to people all over the nation and even in other countries.  One of his writings, a piece entitled Bilding Me A Fewchr, appears in the Jack Canfield and Mark Victor Hanson national best seller, Chicken Soup for the Soul, 101 Stories To Open The Heart And Rekindle The Spirit.  Some 8 million people have thus far purchased this inspiring little book, the original of the highly successful series.  Trujillo has received an incredible number of letters from educators telling him how just how much this and other writings mean to them.

Trujillo is also known for his motivational speaking.  As time permits, he speaks on a variety of issues at regional, national, and, increasingly, at an international level.  For information about Dr. Trujillo’s speaking, click here.

Another aspect of Dr. Trujillo’s life is his love for quality music.  He has written lyrics for over a hundred original songs, some of which have been recorded by Tony Gulizia, Rogeniv Mamauag, Glenn Strawn, and the boy’s group, Touch the World.   For more information on Trujillo’s music connection, contact him by email. 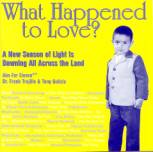 Recently, deeply haunted by the tragedy at Columbine High School, Dr. Trujillo was thrust into a mission whose outcome was in no way clear to himself at its beginning.  The very evening of the Littleton massacre, Trujillo wrote lyrics to the song What Happened to Love?  Within a matter of days Tony Gulizia had put Frank’s lyrics to music.  It was immediately decided, however, not to release the song as a single, but, rather, to see a complete album through to fruition.  During the long and difficult process of assembling what turned out to be a deeply sensitive album, Frank subsequently established Aim for Eleven as a subsidiary of ProTeach.  Aim for Eleven is the “writings other than education” extension of its sibling counterpart, an entity intended to function also as an independent record label.  Future plans call for signing talented groups and/or individuals committed to “change-the world”- type music.  “Songs,” Trujillo says, “which incorporate lyrics that are wholesome, uplifting, purposely humane and absolutely family oriented.”

Hand in hand with the aforementioned 25-track combination spoken-word and music album, Frank has also worked tirelessly on a book—an extremely touching one, by all indications.  This book will apparently share the same title as the album.  The manuscript for What Happened to Love? is, we are informed, nearing completion.

Future plans call for continuation of his speaking and writing and the expansion of both ProTeach and Aim for Eleven product lines.  It is important to Frank that everyone realize that for societal improvement to occur, we all need to try much harder.  His plan is to continue his mission…to teach, to listen, to write, to speak, to encourage, to motivate…and to inspire.  It is his conviction that each man, woman and child has an obligation to go out and exert a positive influence on every other human being that they happen to encounter.

Albert Zamora, Dr. Trujillo’s good friend—a man who for years was second-in-command of New Mexico public schools—would jokingly accuse Frank of being too much like Don Quixote de la Mancha—that is, that Frank was always flailing away at one windmill or another.   Some people, it seems, are simply made to question everything; to not settle for the standard way of doing things; to not settle for anything less than for all of us to be better than we are.   For Frank Trujillo, nothing short of absolutely, fundamentally changing the world for the better is going to do.